These two ICONIC 80’s comedies were performed together in one hilarious evening at... 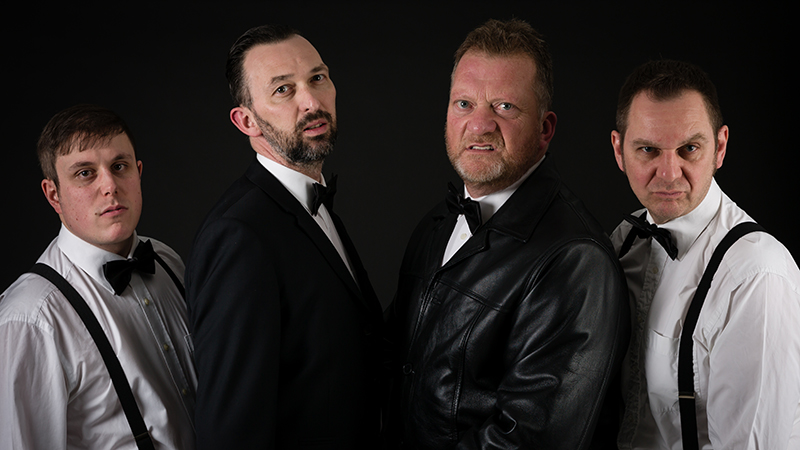 It is a Friday night in the 80’s. It’s time to put all your glad rags on, spray yourself with Mandate or Anais Anais and hit the disco! In this outrageous parody of the time that was the “80’s”, four bouncers take us out for a night on the town. We meet Giggly Girls, Boozy Lads, Hooray Henrys, Pogo-ing Punks, Smooth-Talking DJ’s and Tipsy Chicks! Set against the back drop of night life glamour and with a pulsating sound track to dream of…. Kajagoogoo, Duran Duran, Madness, Wham, Tiffany, Dead Or Alive, Cameo, Kim Wilde and Chaka Khan! Then on comes ‘Careless Whisper’, your last chance of a slow dance, before you whisk her off her feet for a quick…. KEBAB!!!

Every town had a “Shakers” trendy cocktail bar where the rude, the crude, the yuppies, the local lads and the new faces all tittering at the thought of a long comfortable screw! We are offered a wickedly funny glimpse of this world through the stories of four long suffering waitresses and the reality that lurks behind the plastic palms and Pina Coladas. Again, the scene is set against the world’s greatest playlist…. Chauffeur, True, Relax, What Is Love? Stand and Deliver, Cars, Take On Me, Word Up, Mad World, Tainted love, Club Tropicana and Poison Arrow. They all echo from the juke box and take us dancing off into the night, and if you are lucky, with a new acquaintance, both off home for a quick……. game or two on the new Atari! WE HAVE SUGGESTED AN (ADVISORY ONLY) AGE OF 15+ ON BOUNCERS AND SHAKERS – BECAUSE THEY ARE A BIT RUDE!